It Is What it Is 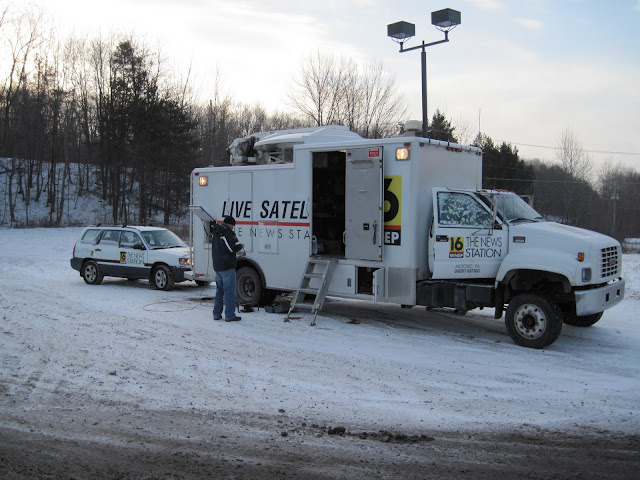 Two "inside baseball" blogs in one week!  Judging by the number of hits, you folks seem to like those things, so here goes.

Tuesday morning's assignment involved a trip to Montrose.  Our meterologists believed there was a good chance that parts of the northern tier would get hammered by several inches of lake effect snow.  It turns out that snowfall amounts were much less than anticipated, but it still warranted mention.  It doesn't take much to slick up the roads, and the storm hit overnight.  That meant a potentially tricky morning rush hour. 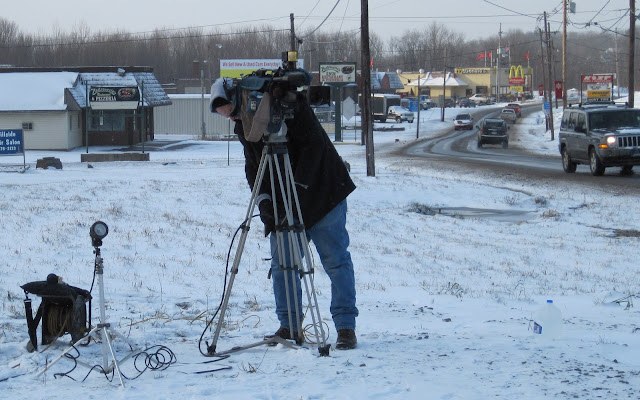 The big problem was the cold.  The bank thermometer across the street from out live shot location bottomed out at 7 degrees.  Add a brisk wind, and it was absolutely brutal out there.  I was lucky.  I smelled storm coverage coming, so I threw a pair of long underwear, plus a hat, neck warmer, gloves, and ear muffs into my bag before leaving for the office.  That stuff came in handy.  I don't think I could have functioned without the extreme cold weather gear. 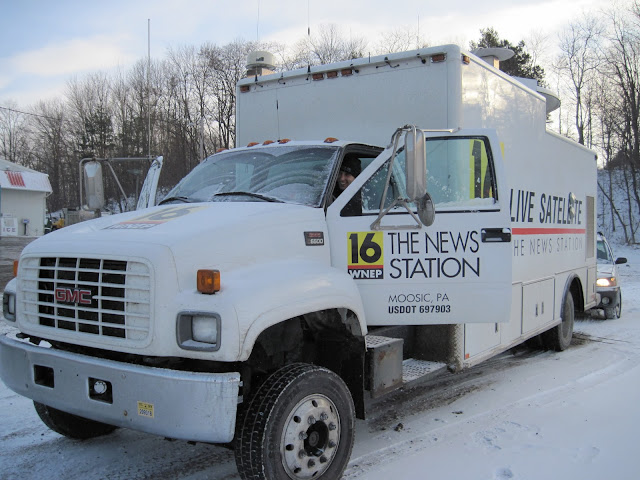 Equipment was another issue.  Snow and electrical connections don't get along.  Diesel engines and generators don't like the cold.  Wires and cables get stiff and brittle.  In spite of it all, everything worked.

I'm saving the best for last.  I had it easy.  All I had to do is stand there and talk-- working to hit the right tone.  You have to warn people of potential weather related issues, but not get panicky and overly dramatic over two inches of snow and single digit temperatures.  It's Pennsylvania.  It happens in winter-- a lot.

Satellite truck operator Corey Burns and photographer Mike Erat were the ones who had the real hard jobs, and they deserve the bulk of the credit.
AT 12:00 AM