What's Up with West Side?

﻿Scranton isn't a city. Rather, it is a collection of neighborhoods, each with their own individual characteristics. Some have their own business districts, like west side. It's often referred to in capital letters, West Side, like it's an independent municipality.
When the school district was designing the new Scranton High School near Memorial Stadium, it asked west siders if they'd like to be included.  The answer was "no."  They want their own high school, even if it's old and with a frequently malfunctioning boiler.
Having laid that foundation, what's going on up there?  I was driving to work, early on a Monday morning, and noticed a lack of holiday lights on poles and over the streets.
Below is a day time shot, looking north on South Main Avenue.   It looks like your average day in West Scranton. 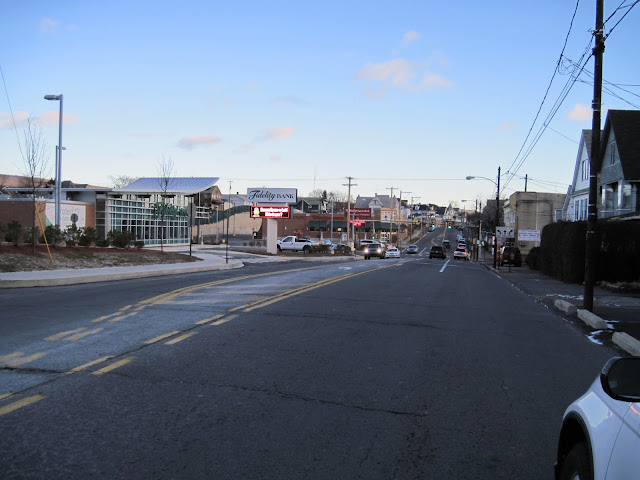 ﻿There are some illuminated angels in a couple parks, like the one below.  For a neighborhood that's a big part of the city, I expected more.  I don't know where the fault lies.  Is is the city's problem?  The merchants' association?  The residents for not voicing complaints?  Can't they "borrow" something from downtown? 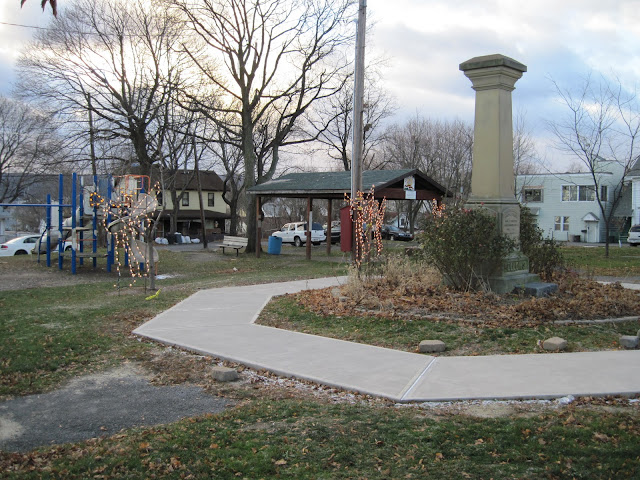 The holidays are coming, but you'd never know it by driving through west side.    I'm sure they'd get more people into the bars, restaurants and shops over there if they'd present a more inviting atmosphere.   Maybe next year.
AT 12:00 AM