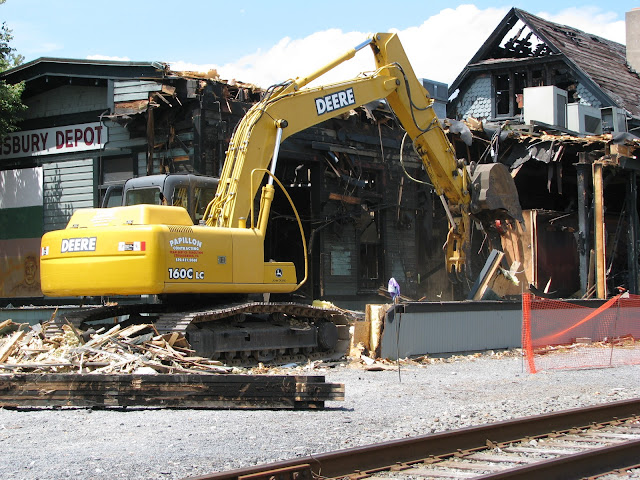 Dansbury Depot in East Stroudsburg burned in October of last year.  This year, the owner of the property decided the Civil War era train station was too far gone to save, and demolotion commenced in late July.

Several people stepped forward in an attempt to save it.  It was too little, too late, with too little money.  Eventually, a plan was worked out to save the remaining section and move it to an adjacent park.  It'll become a community center.
AT 12:00 AM