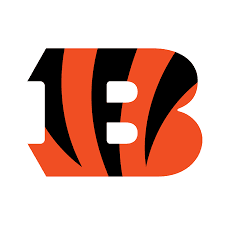 The rumors are out there, and words, once spoken, lead lives of their own.

There is speculation the people who own the Cincinnati Bengals think they can get a better deal somewhere else and are open to moving the franchise.  Potential sites include San Diego, St. Louis, Toronto, and London.

I understand why the Chargers left San Diego.  The stadium left a lot to be desired.  However, I never understood why government couldn't come up with a deal for a new stadium.  Yes, I know there are more important projects than sports stadiums.  On the other hand, San Diego was just about guaranteed of getting a Super Bowl once every five years-- an event that showcases the city and pumps millions in to the local economy.  On top of that, when you lose a team, you lose part of your identity.

St. Louis makes some sense.  I felt sorry for the fans there, who really got hosed when the Rams moved back to Los Angeles.   I'm lukewarm on Toronto.  It's too close to Buffalo, but it's a city that loves football.

There will be a team in London eventually, even though it makes no logistical sense.

The bottom line on this one-- don't give away the store, but there has to be a way to keep everyone in Cincinnati happy.
AT 12:00 AM