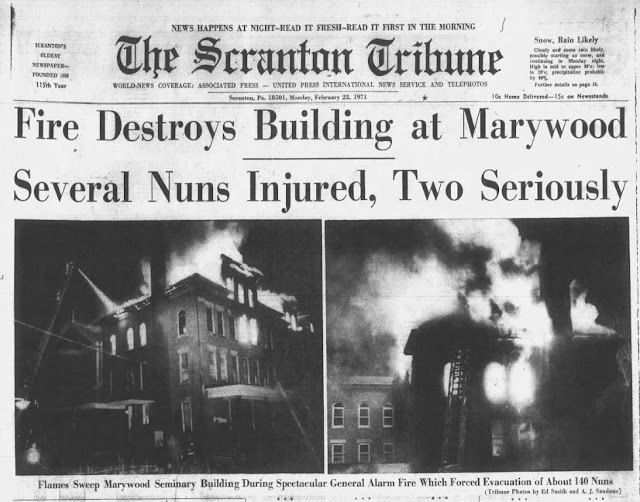 It happened 50 years ago today.

Fire destroyed the Motherhouse at Marywood College in Scranton.

I grew up only a couple of miles from campus, and while I remember the fire, I have no vivid memories of the building during better days.  I was nine years old at the time of the fire.

My time as a Marywood student began eight years after the fire.  The school didn't build anything in the space.  We had a concrete gathering place called the "Memorial Commons."  It was a nice place to spend a few minutes between classes, and leaving the area open was the right thing to do.  Green space, even concrete space, at a college campus is second in value only to parking. 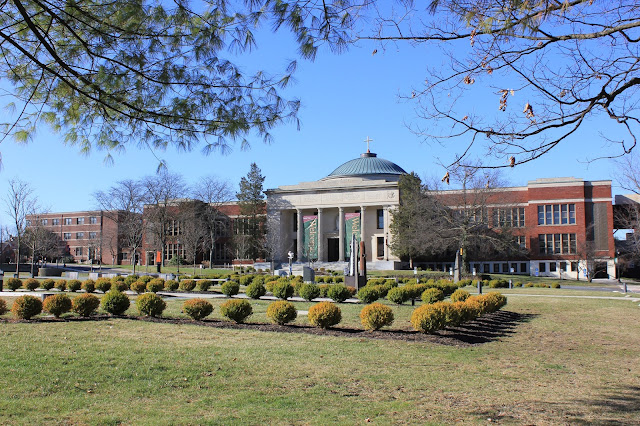 The Motherhouse would have been in the foreground of this photo, which I took in April of 2018.

There really isn't a moral to the story today, just some memories of a horrible day, which shaped the future of an institution.  We should also remember the work of police and firefighters, who kept something awful from becoming even worse.