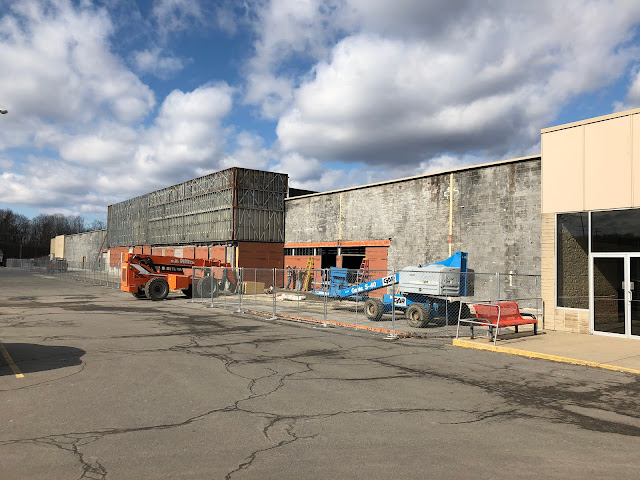 KMart in the Birney Plaza in Moosic closed some time ago.  As Newswatch 16 reported late last year, work is underway to turn the space in to a supermarket.

To say the least, it's been slow, but at least there are visible signs of the progress.  It really is a great location for a supermarket.  It's close to major roads and it's in the center of a densely populated area.  There are other supermarkets near by, including one chain run by some great people, and I'm exceptionally fond of them and their product.  However, competition makes everyone stronger and there is room for both chains.

You know you're old when...  The first store to occupy this space was Arlan's  I'm not sure exactly when Arlan's disappeared.  A Google search shows the chain filed for bankruptcy in 1973, with all the stores closing by 1975.

This is actually the second supermarket to have space in the plaza.  The first one was on the opposite end.
AT 12:00 AM