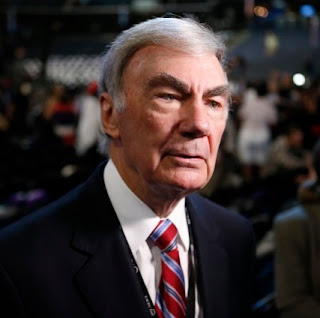 Most people outside the business yawn at journalism and media issues, but indulge me today.

There has been a big debate in the industry over something former ABC News correspondent Sam Donaldson just did.  Sam blasted President Trump and endorsed Michael Bloomberg for president.

The Poynter organization, a group that overthinks media issues, believes Donaldson shouldn't have done it.  Once a journalist, always a journalist.  Below is a quote from Poynter.

Donaldson is free to do as he pleases, but it’s disappointing and damaging that he felt his endorsement of a presidential candidate was more important than preserving the integrity of the institution that he served so well for most of his life. With all due respect to Donaldson, I’m not sure his endorsement helps Bloomberg as much it hurts journalism.

I have news for Poynter, but this is not a new phenomenon.  Dan Rather regularly goes on CNN and bashes the current administration.  Rather hasn't endorsed anyone for president but you clearly know how the guy feels.

Anderson Cooper on CNN clearly doesn't like what is happening in Washington.  Yet, CBS allows him to freelance for "60 Minutes."

MSNBC allows Rachel Madow to coanchor political coverage, and that makes me cringe.

The Donaldson move does seem to reinforce the "liberal media" stereotype.

FOX News seems to do a better job of separating opinion and news programming, but you know about the network's agenda.

Okay, so where do I fall on the Donaldson issue?

Should he have done it?  No.