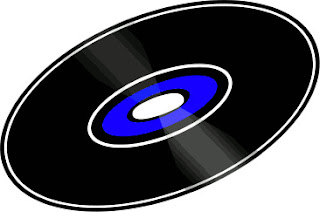 Tonight, Newswatch 16's Nikki Krize is doing a special assignment report on the resurgence of vinyl records.  The medium was almost extinct.  Sales are up.  Way up.  There are many who believe vinyl sound is richer than anything the digital world has to offer.  Plus, there's the album cover art and the notes on the back.  I get that.

I literally was a disc jockey when I started in radio.  My Marywood College station had albums and turntables.  There were a few songs on tape cartridges and reels.  Not much.  Most of the big commercial stations had made the tape cartridge conversion by the time I walked in to Marywood in 1979.  My the way, Marywood College is now Marywood University.  The station was a ten watter at 91.5 FM during most of my time.  It's now more powerful and has moved up the dial to 91.7.

Again, part of Nikki's report deals with sound quality.  I'm not an audiophile.  I don't know much about the technical aspects of how things work.  I'm a content guy.

Still, I can vividly remember the sound and richness that came out of those big speakers in that small radio studio in the basement of Marywood's old library.  A few really jump out at me.  They sounded better than most.  Full. Rich.  You heard every note of every instrument.  Aerosmith's Dream On, and two by Elton John-- Lucy in the Sky and Goodbye Yellow Brick Road.  Any time I hear one of those three, it takes me back to that little beige room, under all the books, back at college.  I don't know what it was about the recordings, the needles, the turntables, etc that made those songs, in particular, work so well.

Then, there are a couple that I call the headphone songs-- songs you have to hear on a great seat of headphones to fully appreciate them.  One of them is the title cut from Supertramp's Breakfast in America.  The other is Baker Street from Gerry Rafferty.   Do yourself a favor and try it one of these days.

One other turntable story...  my college radio station used to do an hour or two of classical music in the late afternoons.  Someone on the staff picked out the records.  All you had to do was put the records on the turntables, drop the needle, and read the notes off the back of the album cover, and pretend you were an expert on the genre.  A friend had to bail one day, and she asked me to fill in.  Being a nice guy, I said yes, even though classical clearly wasn't my thing.  I started the show, hit the switch on the turntable, and we were in business.  I walked in to the newsroom to check the wires and read the paper.   I listened to the station on the speaker out there.  The classical stuff chosen for me didn't sound bad.  Light, bouncy, nice.  After just a few minutes, I walked back in to the studio and noticed the album side was almost finished playing.  It was then that I noticed that I had the turntable on 45, not 33.  Oops.  I got  it straight for the rest of the show.

Am I going to rush out to buy a turntable, speakers and albums?  Never.  I enjoy digital too much, and really can't tell the difference.  It is so nice to tell my Amazon Echo what I want to hear, and Alexa magically plays it.

Still, I can appreciate the quality vinyl offers, and I fondly remember dropping the needle, all those years ago.
AT 12:00 AM