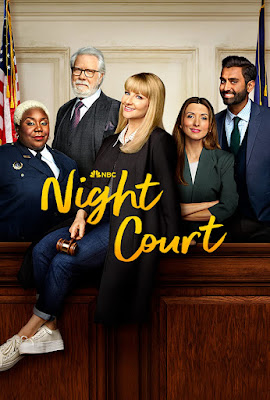 The new "Night Court" made its debut last week, and here are some thoughts after watching the first two episodes.

Long story short...  Abby Stone returns to run her father's old New York City night court.  She lures Dan Fielding out of retirement to be public defender, as opposed to his role as prosecutor in the original series.  I find that to be a really nice twist.  Everyone else is new, and I get that.  Three decades have elapsed since the original went off the air.

Unfortunately, every moment when someone other than Abby or Dan is speaking is dreadful.  The criminals, the secondary, and the tertiary characters here bring the show down.  Way down.  They're just not funny.  Also, the new "Night Court" has to move on from the sunny Abby and dreary Dan themes, or this becomes a one joke sitcom.

Melissa Rauch was funny, adorable,  and underrated on "The Big Bang Theory," and I really like her here.  John Larroquette improves every project he's involved with.  It's just not enough for "Night Court '23."

Some sitcoms take time to hit their stride.  My beloved "Barney Miller" was one of them.  The same goes for "Drew Carey."  "MASH" and "Scrubs" were funny from day one.  In fact, CBS head Fred Silverman called the "MASH" pilot the best he ever saw.  The original "Night Court" went through several cast changes before they got it right.  If you count the pilot, there were three public defenders before Markie Post lit up the screen. 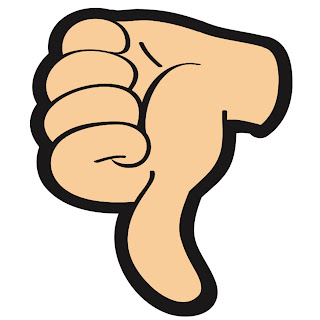 In the end, I decided to go the most simple route and use the Siskel & Ebert "thumbs up or down" method.  I will qualify it.  For sentimental reasons, I'll watch another episode or two and hope for some development.  I will gladly admit I'm wrong, and I hope I am.