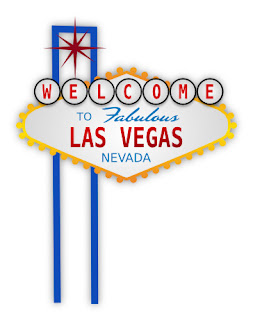 The National Football League has some problems.  The Chargers and the Raiders play in dumps.  Both have options to move to Los Angles, with the Chargers going first.

The Raiders are toying with the idea of moving to Las Vegas.  Major sports leagues have resisted putting teams in Sin City.  They worry about the gambling influence, players placing bets, etc.

I have news for you.  It's not that hard to bet on sports.  Ask Pete Rose.  You don't have to be in Las Vegas.

Published reports last week indicated the NFL is warming up to the idea of the Las Vegas Raiders.

Why not?  If the state and the city can come up with the money for a new stadium, pull up the moving vans.  I feel sorry for Oakland fans.  They supported the team.  Government did not.  I get that.  If it's a choice between cops on the street or a new stadium, cops win.  Government (and taxpayer) resources are finite.

It makes a lot of sense.  Vegas has tourists, people interested in entertainment, something else to do.

Officials believe a hotel tax plus private investment will provide the money.

And while you're at it, build a stadium in Las Vegas for baseball's Athletics.

Legal sports gambling is limited so far, but it will spread.  Cash strapped governments are looking for additional sources of revenue.

It's time sports leagues simply learned to deal with it.
AT 12:00 AM