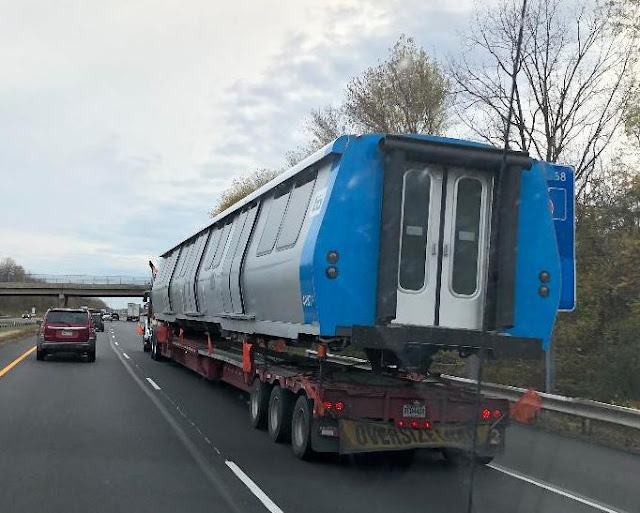 I saw this from the passenger's seat as photographer Jason and I drove north on Interstate 81 near Wilkes-Barre the other morning.

If you look carefully on the blue section on the back of the left side, you'll see the logo for the Bay Area Rapid Transit system.  Yes, it's a San Francisco rail car in Luzerne County.  I know there's a place in the region that rehabs subway and rail cars.  I would like think there is some place closer to San Francisco where it can be done.  It's also possible the car was sold and was headed to a new home.

We'll never know and it was a fascinating sight.
AT 12:00 AM