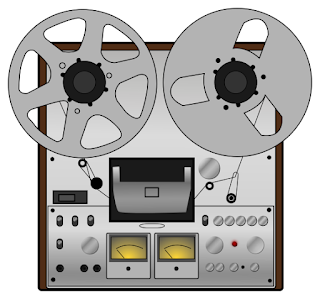 While I have yet to be a guest on Joe Snedeker's "Mr. Curiosity" podcast, at least I've been mentioned twice.

Let me give you the abridged version.  Norm Jones told the story of how he began working at WNEP, and I played a small role in that.  We had an opening.  Our executive producer at the time was watching tapes of applicants.  Yes, people sent out tapes in those days.   I walked in to the conference room to ask an unrelated question.  Norm's tape from his Ohio station was on the TV screen.  Loved his voice.  Loved the way he constructed a story.  I told the executive producer "There's your guy."  The rest is history.  While Norm is very happy out of the business, it's our loss.  He was a solid reporter an anchor.  More importantly, he's good people.

The same can be said for Kerry Brazen.  Good people.  On the podcast, Kerry told the story of  her internship here at WNEP, and I was around in those days.  We've remained friends, and wound up with adjacent desks here in the newsroom.  She referred to me as her "uncle."  While that made me feel very old, I do take it as a compliment.  I watched Kerry take on additional responsibilities.  She joined us at 4 pm producer.  "Taste Test" and "16 to the Rescue" were added to her corral.  The animal feature was new, and she's made "Taste Test" her very own.

Joe is always asking for me to appear with "Mr. Curiosity."  The jury is still out.  I think it would be as interesting as heck, but I'm still on the fence.

I'd love a podcast of my own, and it's very possible in the days to come.  I've been kicking around a few ideas.  Nothing jumps out at me, at this time.  When it does, you know the rest.