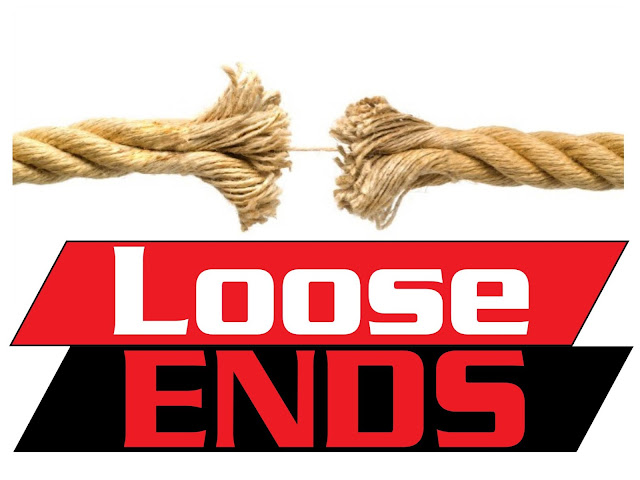 Today, it's the debut of a new franchise called "Loose Ends."   Veteran blog readers will realize it's "Unfinished Business" under a different title.

There was some pre election intelligence that Green party candidate Marlene Sebastianelli would be the wild card and potential spoiler in the special election for senate in the 22nd district.  She was supposed to pull enough votes to really make a difference in the outcome.

First, the big newspaper in town endorsed Sebastianelli.  A newspaper endorsement might make a difference in a close election between major party candidates.  Maybe.  It doesn't have the ability to pull a third party candidate into the respectable showing category.

Second, will we ever see a viable third party?  With every passing election, it appears the answer is "no."    It will be Democrats and Republicans until the end of the time.  George Wallace made some noise, even capturing electoral votes in 1968.  John Anderson, a Republican running as an Independent in 1980, captured 6.6 per cent of the presidential vote.  Vermont Senator Bernie Sanders is a Socialist,  but he ran for president as a Democrat.  Ross Perot won 19 per cent of the vote in 1992.

Full fledged, third party, as a significant force, forever and ever?  A great idea, with a barely flickering flame.

It appears Loni Kavulich Loiselle will be Taylor's mayor next year and the same goes for Max Conway in Dunmore.  New, young faces in positions of power and authority.  Friends, the changing of the guard enters a new phase.