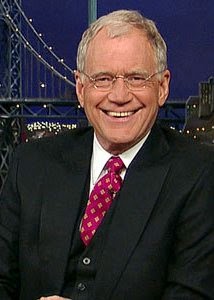 It's no secret that I'm a Letterman man.

NBC botched it badly when Jay Leno was handed the today show.  CBS did the right thing by grabbing Letterman and making him very happy for the past 20 + years.

Monday night, there was proof why Letterman is the King of Late Night.

His guest was former president Jimmy Carter.  Carter wasn't a very good president, but he's been an outstanding ex-president.  Carter visited Dave to plug his new book.  The topics were serious:  the sex trade, abuse of women, genital mutilation, intestinal parasites...  all things Carter and his foundation are working to make disappear.  Dave also asked Carter about Crimea, Ukraine, and Russia.  Carter has experience in that department.  USSR invaded Afghanistan on Carter's watch, back in 1979.  Letterman handled the interview with an outstanding mixture of reverence and playfullness.  He asked all the right questions and made the appropriate observations.

The very end of the interview was exceptionally dour.  Letterman did the traditional thing-- held up the book so the audience could see.  He mentioned the release date, looked at Carter and said "We thought you'd be funnier."  The audience roared.  So did I.  It broke the somber mood and made everyone feel at ease.

Jimmy Fallon's ratings have been very good and the guy has a lot of talent.  Jimmy Kimmel puts on an entertaining broadcast every night.  Letterman leaves both in the dust.
AT 12:00 AM