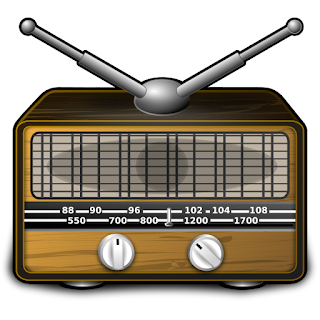 Not much on the agenda, just a couple of quick radio notes today.

A station with a strong signal in Luzerne and Wyoming counties recently flipped from a religious format to country music.

Country is a huge and popular format in the United States.  But, there are already two other country stations in the Scranton/Wilkes-Barre area.  Apparently, the new owners think they can make a buck with it, and I wish them well.

It has to be tough being a radio programmer these days, especially in medium and large cities.  Pick a format, and there are already two or three other stations, at least, doing it.  The key is doing it better and a good signal is a must.

Shifting gears, Howard Stern is catching some heat lately.  It's not for what he said.  It's for what he didn't say.

I've long considered Stern one of the best interviewers in the business.  He's fearless.

What has Howard fans upset is he's never on the job.  Stern is on vacation until Labor Day, and he only does 100 new shows a year.  That's an average of less than two a week.   Sirius/XM pays Stern a fortune, and that's great.  Stern saved the company.  Unfortunately, we're reaching critical mass here.  Are customers willing to pay for 100 new shows a year?  Of course, there are many other things on satellite radio.

I do have a Sirius/XM streaming subscription.  I love the 70's channel and all the sports talk offerings.  I never upgraded my subscription to include the Stern package, and I have no plans to.

Howard Stern has earned his millions.  His fans deserve better, a decent value for their money.

Marv Albert retired Saturday night after calling the Hawks/Bucks game on TNT.  He's 80.  While Albert will be remembered for an outstanding body of television work, he was the radio voice of Monday Night Football for years and he called eight Super Bowls on the radio.  Marv, enjoy your time off.