It is something I have complained about in this space for years...

Scranton had this horrible aversion to getting cars off streets in snow storms-- no parking bans enforced, no alternate side of the street parking.  It left streetside parking spots unusable after a storm because they were clogged with snow and ice. 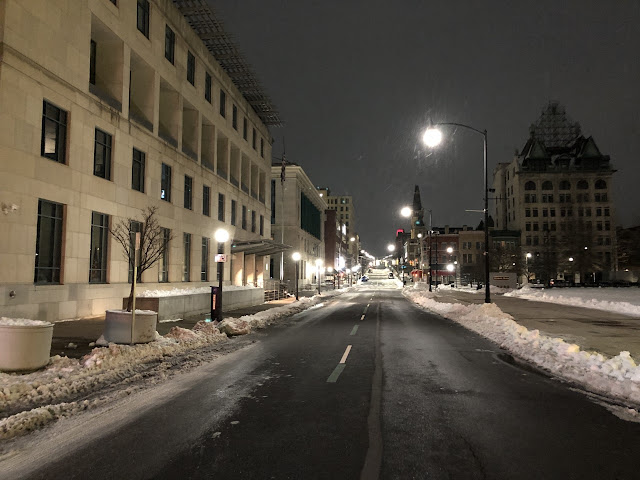 Miracle of miracles, the city ordered cars off downtown streets during this week's snow storm.  It allowed for curb to curb plowing, and a shockingly great use of city resources.
Today, it's two views of North Washington Avenue, the top looks north, the bottom points to the south. 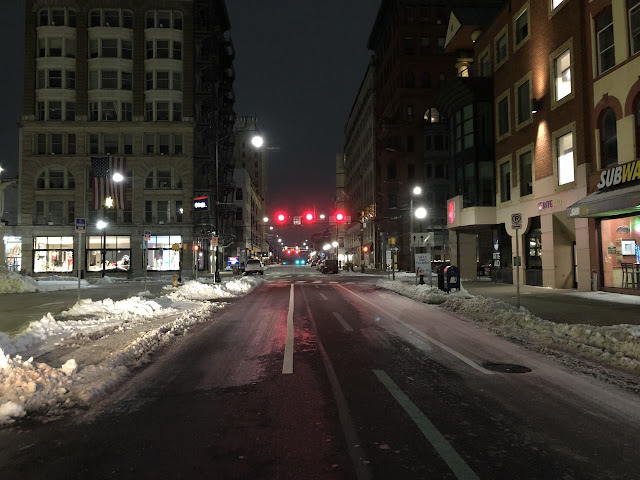 It was a temporary inconvenience, but everyone is happy in the end.  People have places to park.  Businesses can have customers at their front doors, and the city can collect meter money.
It's about time!

It seems like downtown is the only area that received curb to curb treatment.  The roads in the hill section, especially near the hospitals, were still a mess yesterday morning.  With the deep freeze, the snow and ice is rock solid and it's going to stick around for a while.