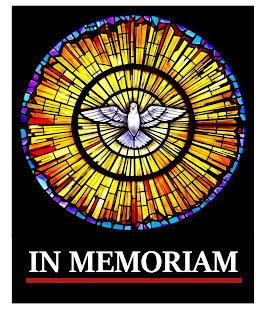 I was in the car, listening to a top of the hour network radio newscast at 3 am, when I learned the news.

It's hard to believe.  Meat Loaf's best known album, "Bat out of Hell" was released in 1977.  I was in high school.  It seemed like every classmate loved "Paradise by the Dashboard Light."  I'm going to upset some people here.  The song was OK.  I felt it was a tad over rated and way too long.

I was really a fan of "You Took the Words Right Out of My Mouth" and "Two Out of Three Ain't Bad."

Meat Loaf was more than music.  He was a showman and an actor.

Let's go back to 1995.  I was anchoring the noon news at the CBS station in town.  Anderson had a sitcom about to premiere.  He sat in a studio in Los Angeles and did a series of live interviews with local news anchors around the country.  I did my research.  I knew what his life was all about, including a book called "Dear Dad, Letters from an Adult Child."  It's safe to say there was a strained relationship between father and son.  I asked him about his new tv show, and about the book.  Louie seemed impressed that a small town, local news anchor took the time to go beyond the standard fare.

A few weeks after the interview, a signed and personalized copy of the book arrived at the station.  I still have it.  I'm sure Louie did that for every anchor on his list that day.  Still, it was a kind gesture.  The tv series didn't last.  The memory of Louie's kindness endures.

There was a long list of projects after 1995, more tv work, an animated series, and even an Emmy.  Louie Anderson hosted "Family Feud" for a while, and I thought he did a decent job, much better than the dumbed down, dirtied up version we have now.

I hope Louie and his dad are having a good talk today.