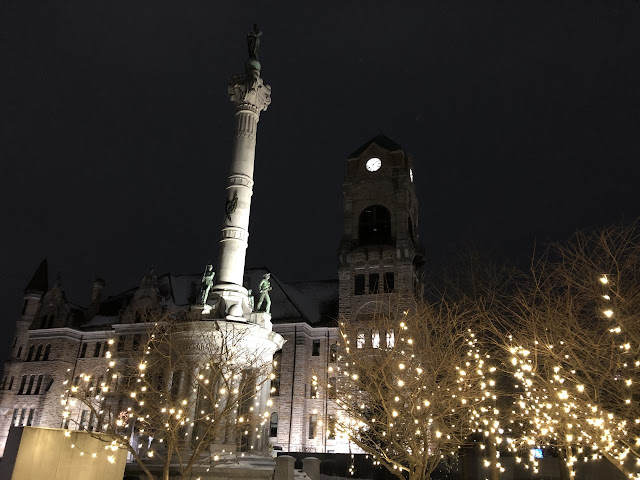 Granted, it's not a great shot, but hey, it was done with an old camera phone.

It was taken early Tuesday morning.  Some of the Christmas lights on Courthouse Square in downtown Scranton were still up.  I'm not complaining.  Even though I'm a fan of "late up and early down" when it comes to Christmas lights, we do need a little brightness at this time of year.  The Soldiers and Sailors monument and the courthouse itself were lit up, as usual.

Yes, winter does have some charm.