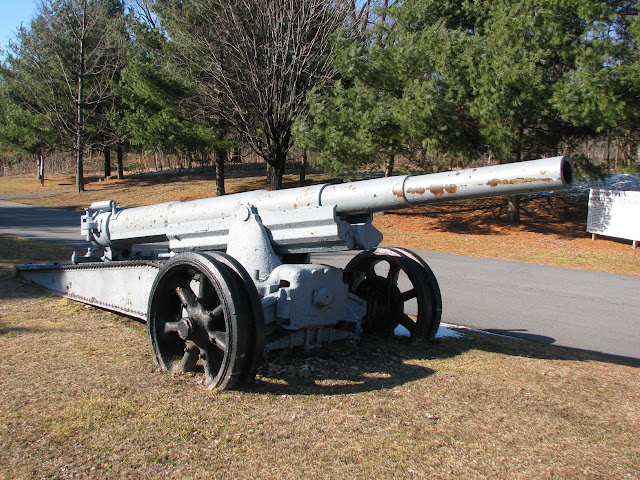 This is a shot of Olyphant's traveling gun, taken around this time of year, ten years ago.

As I explained yesterday, I've been under a severe time crunch lately.  Opportunity for camera play is few and far between, so it's the archives to the rescue.

This is the gun that used to be outside one of Olyphant's decrepit schools.  The teachers took time out from their daily ritual of crushing souls and dreams to yell at you if you got too close to it,  even looked at it.

After the school was mercifully torn down before it either burned down or collapsed,  the gun was moved in to Condella Park, in a section of the borough known as "The Flats."  That's where this photo was taken.

I'm not sure of the year, but the gun was moved again, and in to a little display, next to a tank, on South Valley Avenue, near the Throop line.

The gun enjoys an active life before and after retirement.