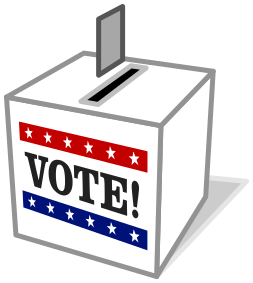 I've been doing this radio and TV news thing for an awfully long time, and there are many days when I feel I've seen and heard it all.

But then, Luzerne County comes to the rescue with something new.

Producer Brigid and I were working to put together the noon news one week ago when the telephone calls and emails started to deluge the newsroom.  Several polling places ran out of paper!  Reporters Elizabeth Worthington and Chelsea Strub worked the story.  The allegations were correct.  Voting machines were sent out without the required amount of paper.

I can almost understand this if it was close to poll closing time and it was an exceptionally busy day.  But, some polling places ran out of paper as early as 9:00 am.  That means somebody, and possibly more than one person, dropped the ball.  The paper supply wasn't checked.  It slipped through a crack that shouldn't have been there in the first place.

Efforts at damage control were feeble, at best.  No one got out in front of this thing.  Instead of corralling the flames, the county threw gasoline on them.

At a Monday night election board, the dreaded "internal investigation" was discussed.  That's right.  Leave the investigation to the people who messed it up in the first place.  Someone from the outside has to be brought in to take a good, hard, and independent look at what happened, find the cause, and make sure it never happens again.

In this day and age where even the slightest mistake triggers conspiracy theories and allegations of fraud, this is inexcusable.  Accountability.  Transparency.  Professionalism.  Competence.  Plain old common sense.  It's not difficult.