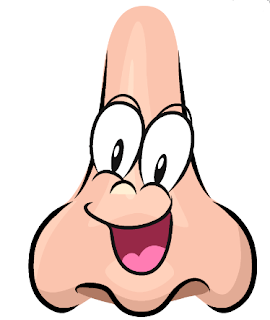 My recent visit to a shoe repair shop brought back so many memories...  While I had been in this shop a few times before, my most vivid thoughts concerned the shoe shop that was near my home, as a kid.

The thing that really stood out was the aroma.  The polish, the solvents, the glues, the leather...  It was wonderful.  It might not have been the best stuff to be inhaling, but I loved it nonetheless.  Plus, you knew that upon your return visit, you would have a treasured pair of shoes back and they would look great.  I say "treasured" because this was the place you took the shoes you really liked and wanted to save.  The cheap stuff was thrown out when the stitching came loose, or you wore down the soles and heels.

There are so many places where the scent triggers memories.  Many of them concern newspapers.  Downtown Scranton used to have some great newsstands.  They were a combination of newspapers, magazines, tobacco...  I've never been a smoker.  Cigarettes nauseate me.  However, I always liked the aroma of "unsmoked" pipe tobacco and cigars.

Newspaper newsrooms had some of that, and then some.  I was inside the old Scrantonian~Tribune newsroom on North Washington Avenue several times.  Cigarette smoke was heavy in the air, and I didn't like that.  It was tempered by that wonderful ink and newsprint smell.

A good bakery?  Can't beat it.  A bacon filled diner in the morning?  Outstanding!  The tire store?  I love it.  I visited the Crayola factory just outside of Easton once.  It was the aroma of childhood, and that thrill of opening a big new box of crayons.  Sausage, peppers, and onions at a fair?  Wow!

The first skunk of springtime is a reminder that warmer weather is ahead.

I can still walk through a mall or some other public place, smell the perfume an ex used to wear and be stopped dead in my tracks.

It's a powerful sense.