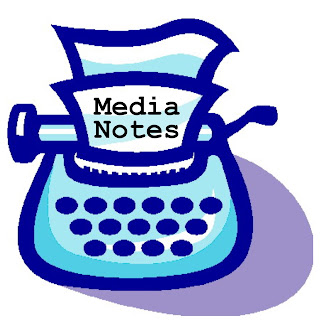 It's bee a while since I've inflicted one of these on you, so here goes...

John Sterling says he is coming back for another year in the Yankees radio booth.  Sterling is simply unlistenable.

I did something unusual on a recent Sunday afternoon-- I spent a couple of hours flipping around between various football and baseball games.  The play-by-play and color commentary were horrendous.  There were a couple of exceptions, but for the most part, it was people who talked too much and who had nothing to say.

Speaking of talking too much, the legendary Bob Costas was recently roasted for his performance on a baseball playoff series.  The criticism-- Costas wouldn't shut up.  I did catch part of one game, and I agree.  He constantly felt the need to give us a history lesson.  Bob, stay in the moment.

Those old "Deal or No Deal" shows still hold up, and Howie Mandel was simply an awesome host.

Jim Nantz says this will be his last year calling the NCAA basketball tournament.  Ian Eagle takes over on CBS in 2024.  It's funny.  Jim Nantz has been around for a long time.  He does football, golf and basketball.  Nantz is the face of CBS Sports and yet he is never mentioned during a discussion of the greats.  He is as solid as they come, but rather low key and I think his talents are overlooked.  Eagle will do OK.

An executive with a company that owns a lot of television stories feels that when NBC gives the 10 pm hour back to affiliates, CBS and ABC will follow suit.  A CBS executive doubts it will happen, but you never know.  I'm not sure how I feel about it, but it is a game changer.

I don't watch the "Daily Show."  Jon Stewart screamed too much, and the soon to depart Trevor Noah simply isn't funny.  As I read the stories on Noah's resignation, I was shocked to see how many viewers have disappeared.

New York's FM 92.3 now simulcasts one of the AM all news stations.  I don't have a problem with that.  The frequency used to be known as K Rock, Howard Stern's landing place after WNBC -AM.

CNN has made some smart moves recently, as it tries to pivot from opinion back to news.  However, I question the wisdom of building the morning show around someone whose political leanings are clearly known.

The Big 12 conference extended its contract with FOX and ESPN.  Smart move for a struggling conference.  FOX knows how to promote.  ESPN gives more SportsCenter time to leagues carried by the network.

The new owners of the CW fired dozens of people this week.

I don't care about my blue check.  I will never pay for Twitter.  I was fine before it came along.  I can easily live without it.